Home / Board of Directors

Our Board of Directors 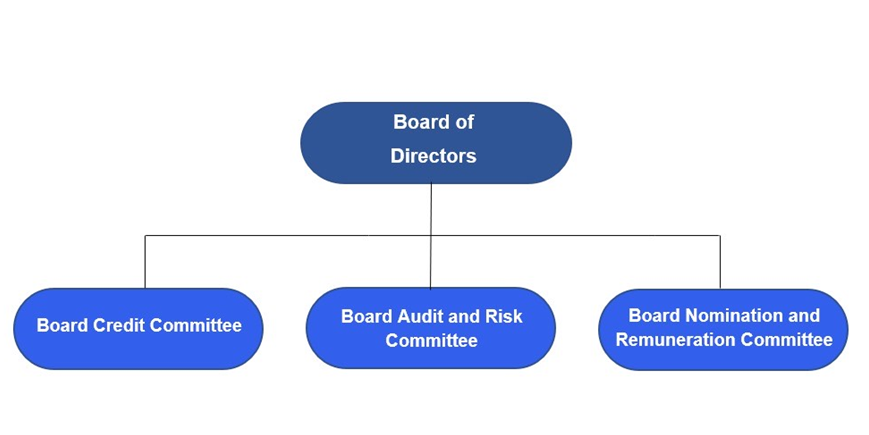 Our Board is committed to helping the Bank achieve sustainable and long-term growth. It sets the strategic direction of the Bank, and oversees its management and governance. Comprising a Chairman and five members, our Board represents a diversity of skills, experience, and backgrounds. The variety of perspectives and styles they bring to the table not only reflects KBZ’s policy for a diverse and inclusive workforce, but also makes our Board more effective, driving better decision making.

Four of our five Board members are independent directors who do not participate directly in the Bank’s management, or hold shares in the Bank, making the Board largely independent.

Board Chairman U Mya Than is a career banker with over 53 years of banking experience under his belt. He started as an Assistant Manager at the state-owned State Agricultural Bank before taking up positions at the People’s Bank, the Union of Burma, Myanmar Economic Bank, and other state-owned banks. He retired as Managing Director of the state-owned Myanmar Investment and Commercial Bank. Over the course of his career, U Mya Than was also Chairman of the private Myanmar Oriental Bank and an Independent Director of KBZ Bank.

He has served as a member of the Board of Directors of the Central Bank of Myanmar (CBM), a committee member of CBM’s Foreign Exchange Management Committee, a member of a Ministry of Finance and Revenue think tank, and Chairman of the Payment System Development Committee at the Myanmar Banks Association (MBA). He was also Chairman of the Myanmar Payment Union (MPU) and of the Yangon Inter-Bank Foreign Exchange Market Committee.

U Maung Maung is a former Director General of the Central Bank of Myanmar (CBM), and has over 40 years of experience working in financial institutions and state-owned telecommunications. He began his career at the Telecommunication Corporation, where he stayed for 10 years before moving to the CBM. Over the course of a career that spanned three decades, he gained experience in accounting, bank supervision and regulation, and foreign exchange management, among others.

He was appointed Vice Chairman and Board member of KBZ Bank in 2016.

U Maung Maung has a Bachelor of Science in Chemistry from Yangon University, a Diploma in Economic Studies, and a Master of Business Administration from the Yangon Institution of Economics.

U San Thein is a former banker with over 35 years of experience in banking and financial development.

He began his career in the Research Department of the Central Bank of Myanmar and spent the next two decades focused on banking and financial development. He later moved to the Hong Kong-based research firm Irrawaddy Adviser, where he was involved in producing research on the sector for potential investors. He returned to the banking industry in 2002 as General Manager of Myanmar Oriental Bank, and then Senior Adviser to the Small and Medium Industrial Development Bank. In 2013, he joined GIZ, Germany’s main agency for international cooperation and development, and helped implement its Banking and Financial Sector Development Program in the country, a program designed to increase transparency in the local banking sector and make it more inclusive for SMEs. He was heavily involved in producing banking reports for the organisation, and continues to contribute articles on banking sector reform to the local newspapers.

U San Thein has a Bachelor of Commerce from the Yangon Institute of Economics, with specialisation in banking, finance and insurance.

Daw Nan Than Htwe was previously the Vice Chairman of KBZ Bank. With more than 20 years of experience in the banking industry, she has been instrumental in providing guidance and vision in positioning the bank. In 2015, Daw Nan Than Htwe was named ASEAN Woman Entrepreneur of the Year at the Asean Business Awards.

Daw Nan Than Htwe has a Bachelor of Education from the University of Yangon.

U Aung Kyaw Myo is a seasoned banking professional with more than 20 years of experience.

He began his tenure at KBZ Bank in March 2002 as an Assistant Manager at the Lanmadaw Branch, before transferring to Mawlamyine Branch and Bayintnaung Branch. U Aung Kyaw Myo was subsequently promoted to Manager and Senior Manager positions at Lanmadaw Branch.

In 2006, he took on the Senior Manager position at the Loan Department (Head Office), before being promoted to Assistant General Manager and Managing Director of the bank. He was appointed as Executive Managing Director in 2012 and Deputy CEO in 2017.

U Aung Kyaw Myo is now serving KBZ Bank as the Vice Chairman of the Board. His analytical skill and strong expertise in decision-making and management have been vital to the development and transformation of KBZ Bank.

He was with Myawaddy Bank for four years prior to joining KBZ Bank.

U Kyaw Min Htun is a formal member of the Board of Directors of the Central Bank of Myanmar (“CBM”) and has over 48 years of experience working in the economics and financial sectors. He began his career at the Yangon Institute of Economics (“YIE”) where he worked for over two decades as a lecturer and later became an Associate Professor at YIE and then, he became a professor of Economics Department at Mandalay University of Distance Education (“MUDE”). He is also a retired Pro-Rector of YIE and Professor Emeritus of the MUDE. He also served as a member of the Scrutinizing and Monitoring Board of Tax Collection. He was appointed as a member of the Board of Director of KBZ Bank in 2021.